Unless you had gone off the grid on Monday, you would have heard of, or witnessed the solar eclipse. This eclipse was a huge event! It was the first total eclipse to cross the United States, coast-to-coast in 99 years. Because of the path the total eclipse travelled, millions of people were able to experience totality. For the rest of millions of people (basically, the rest of North America), we got to experience a partial eclipse. It has even been reported that this eclipse was the most watched solar eclipse in history. So, as you read further into our blog article this week, you may be questioning yourself, why more talk of the eclipse!?… It did have more then it’s fair share of media coverage over the past week! Well, because an important part of eclipse watching, was taking precautions to prevent eye damage. We thought this would be a great time to discuss and answer the question, “what are the problems with sun damage to eyes?”.

An important part of viewing the eclipse, was making sure your were doing so safely! Well, apparently, not everyone watching the eclipse got this memo! After the eclipse, Google reported spikes in traffic for questions regarding sun damage to eyes. But, just how does viewing the sun damage eyes? This weeks blog article, breaks down the different types of eye related sun damage.

Staring directly at the sun can cause a very serious eye condition called solar retinopathy. This type of eye damage is typically what people experience after viewing the sun or an eclipse for a duration without proper eye protection.

Solar retinopathy is a result of too much sun light hitting the retina (back of the eye) at once. As a result, the flood of UV light causes a photochemical reaction within the retina (back of the eye). This chemical type burn, damages the cells within the retina which are responsible for vision. As a result, a person experiencing solar retinopathy might have distorted or blindspots within their vision. The long-term damage of solar retinopathy is hard to detect. Depending on the severity of damage, vision might improve within a few months of the event. But permanent irreversible damage can occur as well.

Solar retinopathy can happen by looking at the sun for as little as 10 seconds. Although the sun may cause you to squint, It’s hard to know that you are causing sun damage to eyes. This is because the retina has no pain receptors to alert you that damage is happening.

Snow Blindness is a common form of solar keratitis. It happens as a result to overexposure of UV rays that are reflected off of snow and ice.

Other Long Term Problems Of Sun Damage To Eyes

Sun damage to eyes is cumulative. Although enjoying the sun without sunglasses may not be causing current problems, future problems can occur as a result. Problems such as macular degeneration usually show in the later years of life. Macular degeneration is an irreversible sight threatening disease which has a relationship with UV exposure. Other harmful eye diseases and eye cancers also have a direct relationship with UV damage as well. Therefore, it’s important to protect the delicate tissues of the eyes, with UV filtering sunglasses. Wearing a hat also helps by further reducing the amount of UV reaching the eye area. Because UV exposure is cumulative, prevention should start as a child. It’s never to late to start taking care of your eyes!

If You Suspect Sun Damage To Eyes, See An Optometrist!

If you have concerns about your vision, it is important to have your eyes examined by an optometrist. An optometrist will be able to tell you if your have problems of sun damage to eyes and how to best treat and deal with it. For people in Calgary, call our office at (403)255-2826 or book an appointment online.

This site uses Akismet to reduce spam. Learn how your comment data is processed. 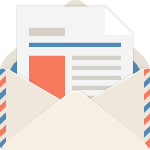 Thank you for subscribing :)

We send one email monthly 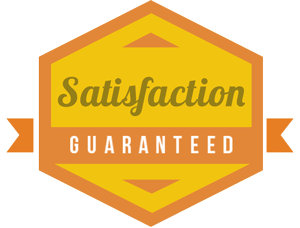 We work hard to meet and exceed all of our patient's expectations!

Review us on Google